The work of a genius or giant often presents an anomaly. Reverential regard obscures the real work. People know the name, but haven’t engaged with the work. In this series, we take one Peter Drucker quote or excerpt and seek to understand it.

“What Everybody knows is frequently wrong” 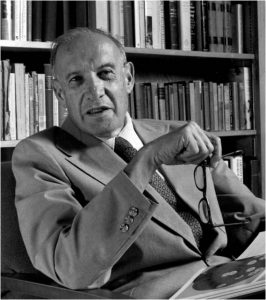 Just like Entry 1, this assertion seems to be straightforward. And yet, while we may find inscrutable sense in it, our behaviour and actions follow what everybody knows.

Everybody knows the Emergency Room in a hospital is to save lives in an SOS situation.

Everybody knows the crucial promotion is the final one to the top position.

Everybody knows immediate and unanimous agreement in a meeting on a topic is a harbinger of unity and success.

The Emergency Room in a hospital is to give assurance to the afflicted for whom the ER is their first point of contact for medical attention. At ER, an effective diagnosis filters those really needing urgent attention who are wheeled further in. Most are given an assurance that there is nothing alarmingly wrong though it may require further investigation.

The crucial promotion is into the select group from where the top leaders of tomorrow will be selected. The final promotion to the top position might just be a culmination or a formality. Entry into select group is a bigger judgement call where discernment and wisdom are really needed on the part of those who are tasked with the responsibility of choosing.

Immediate and unanimous agreement on a meeting topic is a sure sign that everybody hasn’t thought through what the decision is all about. If the decision has reached a meeting agenda and not been dealt with before, it means there is a knotty issue at hand and no straightforward answers. People may need to think a lot more and develop disagreement over it and that, Drucker says, is a harbinger of actual understanding and positive resolution.

How do you respond to what everybody knows?