On 1st April, 1973, the Government of India launched ‘Project Tiger’ for the protection and conservation of the rapidly dwindling tiger population. Kailash Sankhala, the first Director, set forth on the guiding principle for Project Tiger.

Do nothing (to the forest) and allow little to be done.

On visiting TISS (Tata Institute of Social Sciences) as part of a combined faculty group conducting a career guidance workshop, I remember reading a commemorative plaque there. The words that stayed with me were..

Dr. William Osler, the father of modern medicine, and a pioneer medical educator, was being counter-intuitive when he said..

One of the first duties of the physician is to educate the masses not to take medicine.

The fields differ, but the approach underlying the words, the awareness they all show is that of intervening in a self-organising system.

In order to save tigers, the action-oriented saviour may have adopted a gung-ho approach. A slew of measures and directives. Sankhala knew that intervention was the problem in the first place. The ecological balance of tiger habitats had been disturbed due to deliberate and inadvertent actions of human actors.  What was needed was for the habitat to be left alone so that it regains its natural balance and harmony.

The ideals that inform and guide TISS rest upon a crucial insight. Social service as a specialised sphere in society is an anomaly of sorts!  A society in complete harmony with itself will experience social work in the very flow of its daily life. People and institutions will be committed to social welfare as an intrinsic aspect of their being. They won’t be required to specifically create a world of specialised agencies that address the task from the outside. All too often, such a world of helping institutions create and sustain the need for help instead of addressing root-causes. They resolve the problem temporarily, instead of dissolving it for once and forever.

A society in complete harmony is a self-organising system.

And so is the human body.

The human body heals itself as most self-organising systems do. The availability of medicines as intervention makes doctors prescription-happy. They too want to be the action-oriented saviour. Experienced doctors tap into the rhythm of each individual’s self-organising system – they understand structure, process, and flow. When they prescribe medicine, they have done their homework. 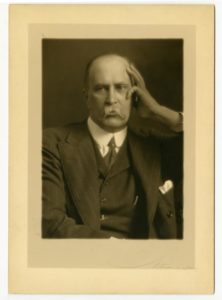 William Osler’s advice is to bring doctors and patients on the same side. Osler wants both doctors and patients to cultivate the ability to leverage the self-healing properties of the human body. He is not asking them to throw away the meds. He is making a case for their mindful use. As things stand, we know that the advice has been ignored. Pharma companies represent the world of specialised agencies that I referred to earlier. And Osler’s advice is at odds with their business imperative.

There are many self-organising systems all around us. Leaders and decision-makers in these systems show a bias for action in dealing with all kinds of problems. More often than not, their action runs counter to the self-organising aspect of the system. And it is destined to fail and create its own problems. The response of these leaders? More intervention and increasing the scale, scope and impact. The result? A bigger problem that spirals out of control!