Watching Cinema is an existential experience. What you make of it is upto you. There are tastes that cater to everybody across the spectrum. I enjoy great cinema though I don’t understand it in one go. Sometimes not even the second time. What stays with me is the feeling of having experienced something sublime and just out of reach; with the invitation to reach out more, to dive in deeper.  Foreign language cinema adds the allure of a different culture, a different worldview, a different time. And yet, there is a touch of the Universal and the Timeless that helps us forge a connection.

Here are three movies – only for the connoisseurs. Those who can indulge the filmmaker, seek out the vision, and persevere for personal meaning. 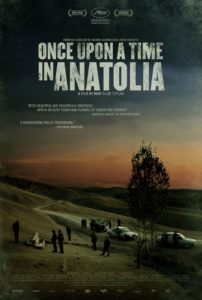 Once Upon a Time in Anatolia. Pic courtesy – impawards

Once upon a time in Anatolia – The storyline is deceptively simple. A group of people are searching for a dead body along the Anatolian landscape. The murderers have confessed and all that remains is to pinpoint where they have buried their victim. The movie spans the entire night in which the group makes the journey at two levels – the literal and metaphorical. At two hours and thirty minutes long, one cannot fault the viewer who says nothing really happens in the movie. Dive deep and you realise a lot is happening. The uncomfortable truths of our life that we bury. How do we make it happen? This movie is a deft unravelling of the routine and pragmatism with which we hide from those truths.

This Turkish movie won the Grand Jury prize at Cannes in 2011 and is directed by Nuri Bilge Ceylan. 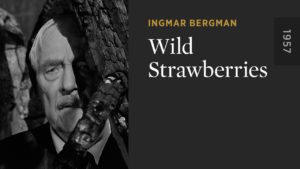 Wild Strawberries – This 1957 Swedish film by Ingmar Bergman, one of the all-time great directors, is a meditation upon life undertaken by one who is at the fag end of the journey. Doctor Isak Borg is going to be honoured for meritorious service to society. On a whim, he decides to take a road trip and reach the place where he is going to be feted. His daughter-in-law asks to come along and he agrees. Given the impending honour, the Doctor is in a decidely good mood. That changes soon. His daughter-in-law tells him on his face that he is a selfish old man, and that his son hates him, and further, he has been utterly ruthless and never listens to anyone but himself. Along the way, the Doctor also visits his childhood home and calls on his very old mother. All of these things and more, lead him to contemplate his entire life. If you were the traveller at the journey’s end, would you be able to take a no-holds-barred look at what your entire life has boiled down to? Wild Strawberries gives us a deeply humane insight on how such an exploration may look like. The movie is irresistible for those reflecting on their life through the prism of age or epochs of life.

Stalingrad – War as a part of the human condition is horrifying beyond imagination. And yet, there is a powerful urge to know what really happens. We seek the written word or the cinema to know; but to know and to be are two different things as anybody who has lived through war will pointedly emphasise. And even in the annals of warfare, there are battles that have brutalised the conscience of civilisation for the savagery seen and the human endurance that was redefined. The Battle of Stalingrad between the Soviets & Germans is one such battle. 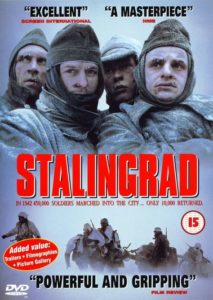 Stalingrad is a 1993 German film directed by Joseph Vilsmaier. It follows the doomed struggle of a unit of German soldiers as they lurch from invincible confidence to hopeless despair. A great war movie rises above the schism of winning side and losing side. There are no cowards and no heroes. Throughout the movie, we are not even stirred into wanting to root for any side. Stalingrad achieves all of that and still manages to make us care for the characters simply for who they are – human beings caught up in the upward spiral of death and destruction.

In one scene, German soldiers, encircled by the Soviet army, madly rush into the snow after a German plane has dropped supplies. They are dying because of the cold and the hunger, if not the enemy. When they open the supplies, they find medals bearing the Nazi insignia – meant to acknowledge their bravery in holding out. The desperate soldiers toss the medals aside and rummage through to find every scrap of food that is there. And when they have a morsel, they are so thrilled that they hug each other and fall backwards onto the snow, their eyes gazing at the sky above, perhaps seeing mad hope where none exists.